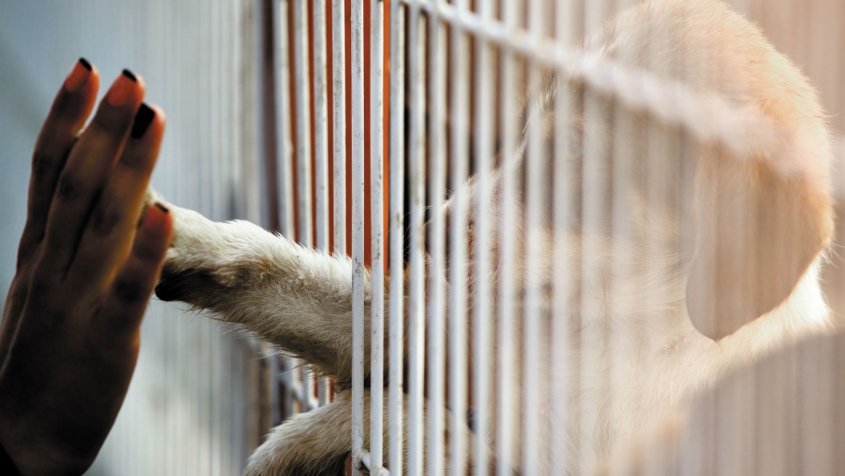 If you have just adopted a dog or cat from an Animal Shelter and even if the outgoing examination presented normal results, bear in mind that you may encounter problems once the animal is home. In most cases, the newly adopted dog or cat has undergone sudden changes in a short space of time. Any problem arising after the animal is adopted should be brought to the attention of the reception centre.

It is advisable that you bring the animal to see a veterinarian, who, from that moment on, will take care of its health for the rest of its life. Please pass on all the information you dispose of regarding vaccinations, deworming, diagnostic tests, etc. that you are aware of, and she or he will advise you appropriately on the steps to follow thereafter.

Check whether your pet is eating and drinking normally, and that its level of activity is appropriate for its age.

Observe its stools. Though they may be soft during the first days due to diet changes, they should gradually return to normal and not produce diarrhea.

Watch for other possible symptoms (coughing, vomiting, mucus or rheum for example).

If any such problems occur, take your pet to his vet.

The most appropriate diet for any pet is commercial dry food adapted to the animal’s age and physical condition. Our own food or home-cooked food made intentionally for our pets is most likely to present deficiencies and could even cause digestive disorders. Allow your pet to get used to its own food only and avoid giving it "treats" ("sweets", portions of our own food, etc.) that lead to an unbalanced diet as well as the animal becoming obese. An added risk is that of your cat becoming whimsical about food. If you wish to give your pet a treat anyway, use the specially formulated rewards that can be found in veterinary clinics or specialised shops.

Deworming cats and dogs is extremely important, both for the animal’s health and for those around it. Before being adopted and during its stay in the Centre, the animal will have been dewormed, both externally and internally. However, it is advisable that your veterinarian examine the animal’s stools, especially in the case of puppies, and, if necessary, deworm again. Deworming must be carried out from that moment onwards, and throughout the animal’s life, following the veterinarian’s guidelines using the products it deems appropriate. As a general rule, if the animal goes out of the house on a regular basis, take special care with external deworming to avoid fleas and ticks.

Internal deworming should be done every three months.

Between May and October, dogs should carry a product to prevent leishmaniosis, a potentially fatal chronic disease caused by a parasite transmitted by Phlebotomus or sand fly bites.

Puppies should be vaccinated between 6 and 8 weeks of age against various highly contagious diseases for its species, some of them fatal or causing serious sequelae, with a recall dose a few weeks later and in some cases successively, every year. Animals adopted from a Centre may have already received a dose of the most common dog vaccines. At the time of adoption, you will be given information on this issue that must be passed on to your veterinarian, who will tell you whether and when to revaccinate. In the Valencian Community, the rabies vaccine is mandatory for dogs and cats throughout their lives, the first dose having to be applied at three months of age.

Some cat diseases preventable by vaccination are: panleucopenia, feline respiratory complex and leukemia.

In the Valencian Community, it is mandatory that dogs be identified by the via a microchip implant. If your dog has been adopted from a Centre, it will be correctly identified, but remember that it is your responsibility to keep the associated data up to date: a phone number or address change can be made through the RIVIA (yo pondría el enlace con el RIVIA que tenemos).

In the event of a change of owner, remember that it is essential to enter the corresponding modification in the RIVIA in the data section on the animal’s ownership. You will need to contact your veterinarian to complete this procedure.

In the case of dog breeds presenting specific morphological characteristics, or in some cases, dogs having shown episodes of aggressiveness, the owner, and those in charge of walking the dog, should be in possession of the Administrative License for the Possession of Potentially Dangerous Animals. The animal has to be registered in the Registry of Potentially Dangerous Animals of the municipality in which it resides and in the RIVIA, in the sub-registration of potentially dangerous animals.

This surgical intervention is simple in males and uncomplicated in females (and constitutes a technique that is widespread in most veterinary centres). It is performed under general anesthesia and consists in removing the reproductive organs. Not only does it eliminate heat and prevents the arrival of unwanted litters, thus decreasing the number of abandoned animals, but it also either helps or in keeps under some organ problems (psychological pregnancies, pyometras, breast tumors, ovarian cysts, prostatic hyperplasia, testicular tumors...) or behaviour problems (marking, aggressiveness...)

Sterilised animals do not have character changes and don’t become more apathetic. Females do not need to have at least one litter to be sterilised. If you’re concerned about your animal getting fat after the surgery, bear in mind that adequate eating and exercise will keep your pet in shape and fit.

In the Valencian Community it is not mandatory to sterilise animals that are in a reception centre before being adopted. It depends on the adopter’s will.

Recommendations to adopters of dogs and cats: 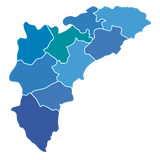